All about Bugs Bunny!

Bugs Bunny is a winner 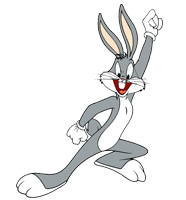 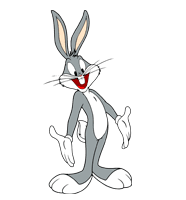 Who is Bugs Bunny? Bugs was originally created by Bob “Bugs” Hardaway, but developed by Tex Avery, Chuck Jones, Friz Freleng, Bob Clampett and Bob McKimson. Bugs’ first appearance was in 1940 in A Wild Hare by Tex Avery. However, because of Chuck Jones, Bugs evolved into the suave, sophisticated rabbit that we know and love. He’s starred in more than 175 animated shorts.

If you are looking for quick and dirty details about our friendly cartoon character Bugs Bunny, then look no futher. Check out the quick details below:

My Bugs doesn’t look like a rabbit; he looks like Bugs Bunny. I have often told eager students that the easiest way to draw him is probably to draw a carrot and then hook a rabbit onto it. However, I usually begin a drawing of Bugs with the tiny triangle that passes as the nose. The ears and eyes are located on imaginary lines leading out from the angles of the nose. Bugs is actually a bit cross-eyed, but we never made a point of that.

If I am in a generous mood, I allow him three whiskers, in spite of Leon Schlesinger [the original producer of Looney Tunes], who thought we could save money by using only two. Bugs has very heavy cheeks, which cover up a lot of his mouth, and that leaves me very little of the mouth to work with, even though the small visible section of the mouth is vital to an understanding of his character.

When he is happy, the inference is that the smile goes way up under the cheeks. When he is sad, the little visible part sags and the cheeks droop. To give him a sardonic look, I draw one side up and the other down. Bugs Bunny was most at home with the challenge of gigantic villains, such as Hassan, the guardian of the cave in Ali Baba Bunny, the muscle-bound Crusher (Bunny Hugged), or Nasty Canasta (Barbary Coast Bunny), his long-time adversary.

I never consider the size of characters who are not going to work together. Just for the fun of it, I occasionally put them alongside each other in a line-up, but that has nothing to do with picture making. –Chuck Jones 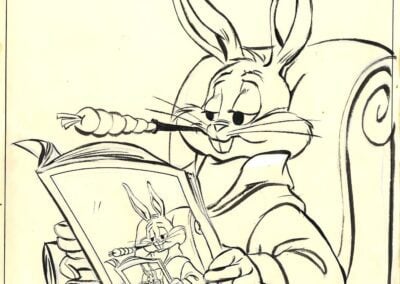 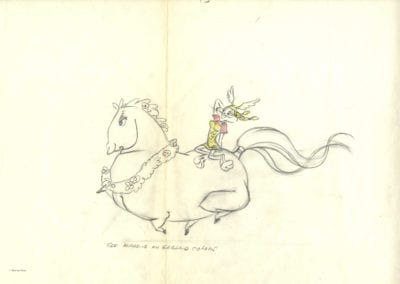 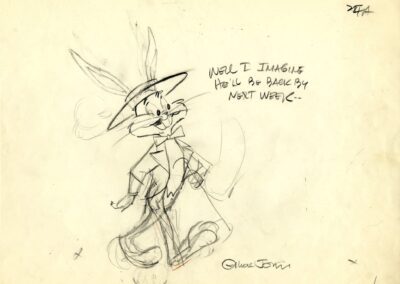 You read that correct! If you are a collector and you love Bugs Bunny, you can find the best orignal and certified art work to hang on your favorite character wall! Look at all the options below and as always, ask us any questions!

We know you love Bugs Bunny! We can’t live without him! That is why you want to grab your favorite hat, apparel, cup, and more at the Amazon store dedicated to our friendly rabbit character Bugs Bunny! 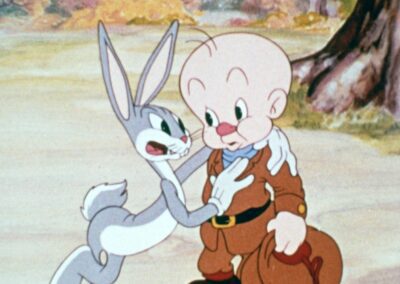 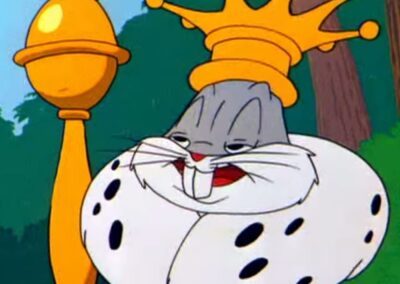 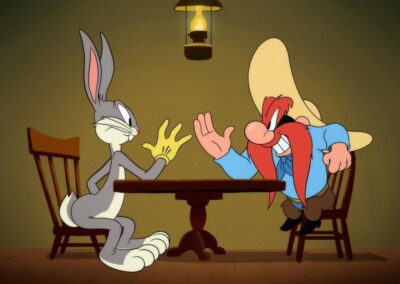 Getting Bugs Bunny to your screen at home is as easy as signing up! Click the image below to get started on the funnest plan for you and your kids (and grandkids) to enjoy Bugs Bunny at his best! You will be laughing all day long with the things he says that get stuck in your head. Click below to have super fun: