All about Wile E. Coyote! 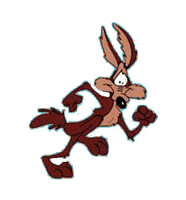 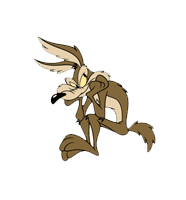 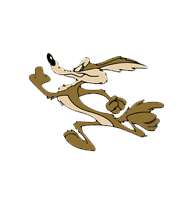 Who is Wile E. Coyote? One of Chuck Jones’ most endearing creations, Wile E. is a very hungry character who’s been trying to catch and eat the Road Runner for almost 50 years. The biggest lesson he could learn would be to find a company other than Acme for his Road Runner catching supplies.

If you are looking for quick and dirty details about our friendly cartoon character Wile E. Coyote, then look no futher. Check out the quick details below:

The coyote is quite an elegant character, but because of his build he has a problem conveying what he feels he is. In silhouette he looks like a dissolute Bugs. His arms and legs are much bonier than Bugs’s (when people are skinny, their elbows and shoulders look bigger), but their body shape is the same. The two characters have identical skulls, but the Coyote’s cheeks stand absurdly proud, whereas Bugs’s are confidently contained. Even the ears are similar, with the difference that the Coyote’s are a little bit broken. Wile E.’s hungry look is completed by a little pot belly.

The main change in the way I drew the Coyote over the years involved the knees. When he comes to a stop in the later films, one knee is a little higher than the other, adding to his ragged look. These knees and the pot belly are usually enough to identify the Coyote. And I usually give him an extra toenail (I like to leave one hanging out.) The way I draw the Coyote’s fur adds to the unkempt impression. The fur is shown not over all the body but only where it changes direction over a joint or a curve in the face. Fur is not obedient to the body; it will cling only as long as the surface remains fairly flat. The Coyote’s hair is perfectly willing to cling to the upper part of his cheek, but it peels off in the break, just as it does on Bugs Bunny’s face. In the same way, excess flesh creases in the folds of a heavy animal’s body.

The ragged tail was inspired by Japanese paintings of stormy oceans. When the Japanese artist wants to make a breaking wave frightening, he draws it like hostile claws rather than in the softer Western way. If you have a boat hanging on top of a wave in a Japanese painting, you know it’s going to go over. These are waves to die on, not to surf on. The normal way to draw the tail of any animal, from a squirrel to a dog, is to make it round and soft like the Western waves; reversing this created the Coyote’s tail. It is the difference between concave curves and convex curves, between the cuddly and the ratty. – Chuck Jones 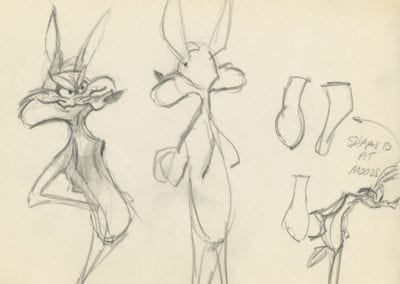 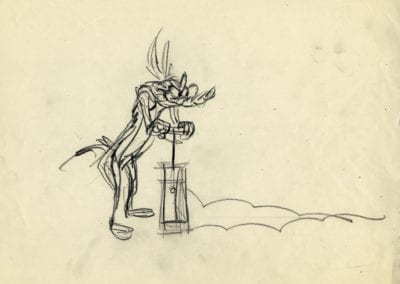 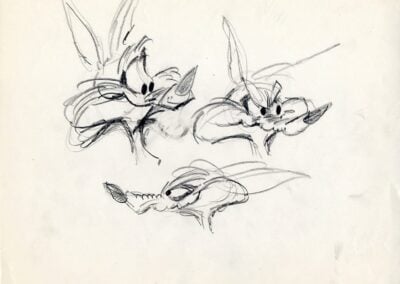 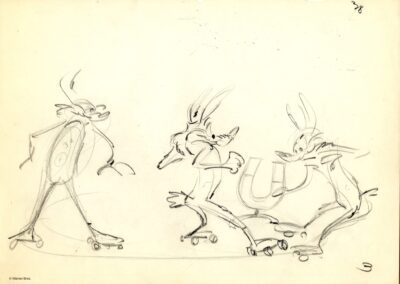 You read that correct! If you are a collector and you love Wile E. Coyote, you can find the best orignal and certified art work to hang on your favorite character wall! Look at all the options below and as always, ask us any questions!

We know you love Wile E. Coyote! We can’t live without him! That is why you want to grab your favorite hat, apparel, cup, and more at the Amazon store dedicated to our friendly coyote character Wile E. Coyote! 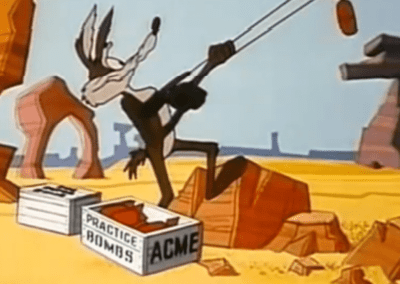 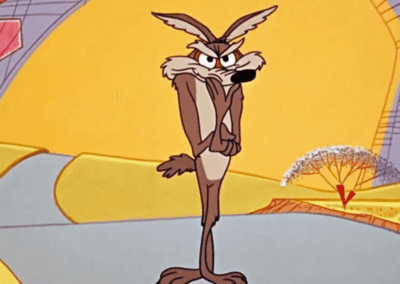 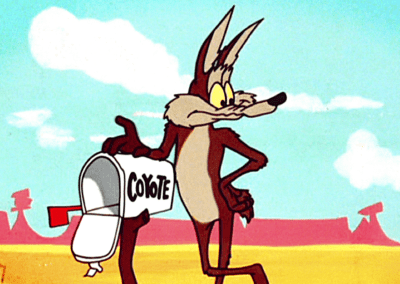 Getting Wile E. Coyote to your screen at home is as easy as signing up! Click the image below to get started on the funnest plan for you and your kids (and grandkids) to enjoy Wile E. Coyote at his best! You will be laughing all day long with the things he says that get stuck in your head. Click below to have super fun: