All about Elmer Fudd!

“I’m a vegetawian, I just hunt for the sport of it.” 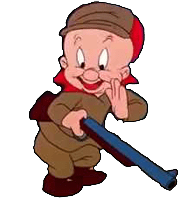 Who is Elmer Fudd? Elmer’s Candid Camera marked the debut performance of the befuddled hunter who’s been thwarted by such ferocious woodland creatures as a rabbit and a duck.

If you are looking for quick and dirty details about our wacky cartoon character Elmer Fudd, then look no futher. Check out the quick details below:

Elmer Fudd is smaller than many of Bugs’s adversaries, but he carries a big gun, which makes even the saddest of wimps dangerous. When I was growing up, it was considered quite normal to buy a boy his first BB gun at an early age, soon to be followed by a more lethal .22 rifle. It was–and is–a classic practice for a man to dress up like Elmer Fudd and go out to shoot something in the woods.

I am, in fact, one of the few men of my age I know who has never done so. This makes it hard for me to identify with with Elmer, but the part of Elmer Fudd that is Chuck Jones comes out when he defends his motive: “I’m a vegetawian. I just hunt for the sport of it.” In a way, I am excusing him for what he is. Elmer is more widely known for his voice than for his personality. He generally sounds as if he is about to cry, a mannerism that is an expression of his constant anxiety. The famous nervous laugh–he is really neither laughing nor crying–represents his attempt to buy time as he assesses a situation.

Occasionally the little “ha, ha, ha” is delivered as if he expects his audience to laugh with him, but of course nobody responds. And what could be more terrifying than to say something you feel is funny, only to be met by silence? The laugh is Elmer’s version of “er,” a meaningless verbal gesture that falls into the category of displacement activities. – Chuck Jones 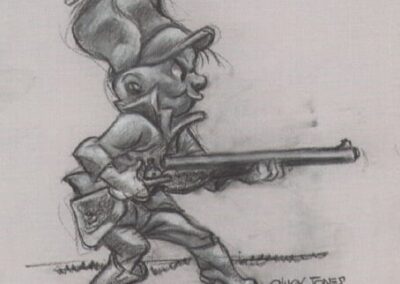 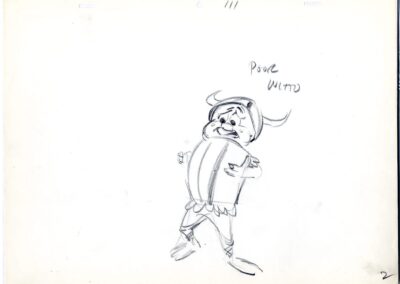 You read that correct! If you are a collector and you love Elmer Fudd, you can find the best orignal and certified art work to hang on your favorite character wall! Look at all the options below and as always, ask us any questions!

We know you love Elmer Fudd! We can’t live without him! That is why you want to grab your favorite hat, apparel, cup, and more at the Amazon store dedicated to our friendly hunting character Elmer Fudd! 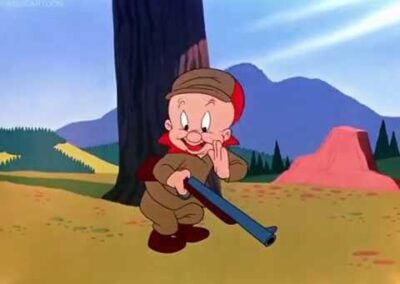 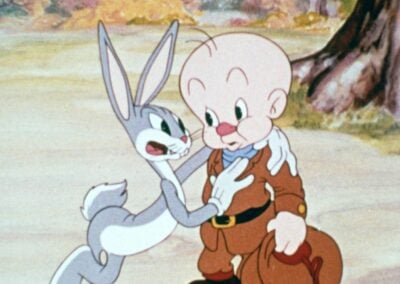 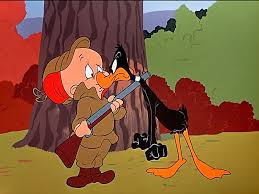 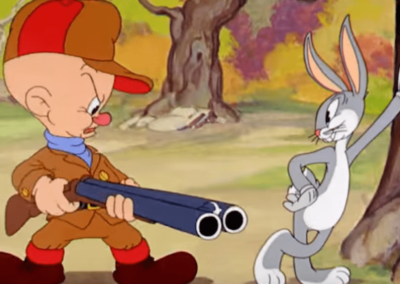 Getting Elmer Fudd to your screen at home is as easy as signing up! Click the image below to get started on the funnest plan for you and your kids (and grandkids) to enjoy Elmer Fudd at his best! You will be laughing all day long with the things he says that get stuck in your head. Click below to have super fun: