“ANIMATION ISN’T THE ILLUSION OF LIFE; IT IS LIFE.”

In a career spanning over 60 years, Jones made more than 300 animated films, winning three Oscars as director and in 1996 an honorary Oscar for Lifetime Achievement. Among the many awards and recognitions, one of those most valued was the honorary life membership from the Directors Guild of America. During the Golden Age of animation Jones helped bring to life many of Warner Bros. most famous characters—Bugs Bunny, Daffy Duck, Elmer Fudd and Porky Pig. The list of characters he created himself includes Road Runner, Wile E. Coyote, Marvin Martian, Pepe le Pew, Michigan J. Frog and many others. He also produced, directed and wrote the screenplays for “Dr. Seuss’ How the Grinch Stole Christmas,” a television classic, as well as the feature-length film “The Phantom Tollbooth.” In addition, Jones was a prolific artist whose work has been exhibited at galleries and museums worldwide. Jones often recalled a small child who, when told that Jones drew Bugs Bunny, replied: “He doesn’t draw Bugs Bunny. He draws pictures of Bugs Bunny.” His point was that the child thought of the character as being alive and believable, which was, in Jones’ belief, the key to true character animation.

Born on September 21, 1912 in Spokane, Washington, Jones grew up in Hollywood where he observed the talents of Charlie Chaplin and Buster Keaton and worked occasionally as a child extra in Mac Sennett comedies. After graduating from Chouinard Art Institute in Los Angeles (now California Institute of the Arts) Jones drew pencil portraits for a dollar a piece on Olvera Street. Then, in 1932, he got his first job in the fledgling animation industry as a cel washer for former Disney animator, Ubbe Iwerks. It was at Iwerks Productions that he met Dorothy Webster, to whom he was married in 1932.

In 1936 Jones was hired by Friz Freleng as an animator for the Leon Schlesinger Studio (later sold to Warner Bros.). Jones admired and revered Freleng for the rest of his life, saying, “No one except Tex Avery had as perfect a sense of timing as did Friz Freleng.” 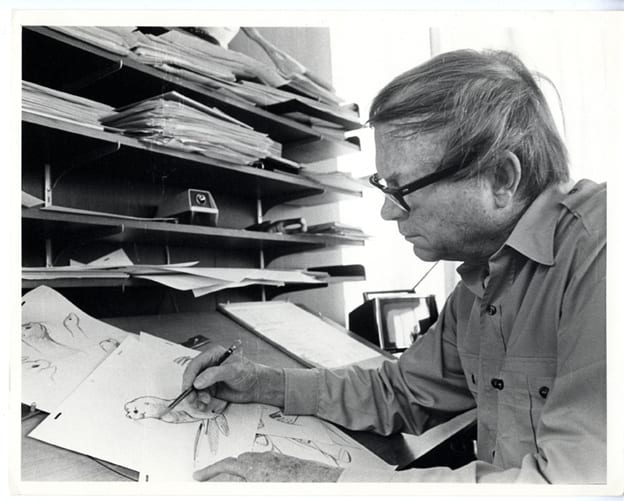 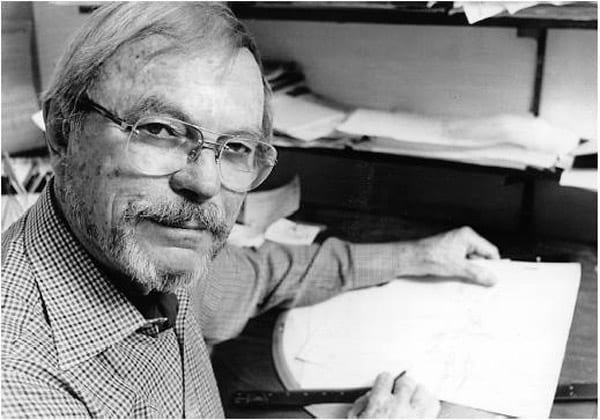 Grew up in Hollywood, observing the talents of Charlie Chaplin and Buster Keaton; worked as a child-extra in Mack Sennett comedies

Drew pencil portraits for a dollar a piece on Olvera Street, then got first job in the animation industry as a cel washer for former Disney animator, Ubbe Iwerks, 1932

In 1936 became an animator for the Leon Schlesinger Studio (later sold to Warner Bros.) and was assigned to Tex Avery’s animation unit 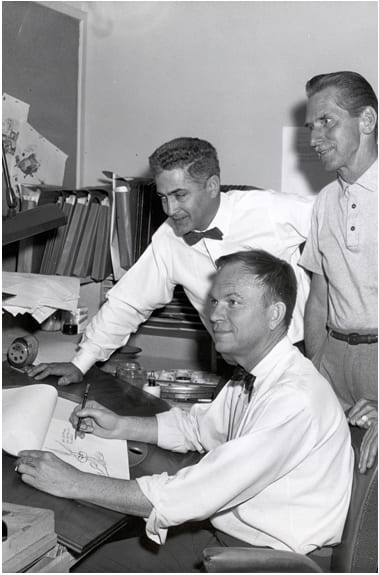