All about Marvin Martian!

I claim this planet in the name of Mars. 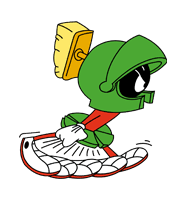 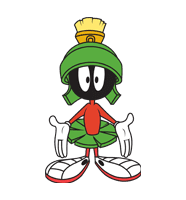 Who is Marvin Martian? One of science fiction’s greatest villains, Marvin is bent on destroying the earth because it blocks his view of Venus. Marvin has been thwarted by Bugs Bunny in Hare-way to the Stars and Daffy Duck in Duck Dodgers in the 24 1/2 Century. He first appeared in 1948 in Haredevil Hare.

If you are looking for quick and dirty details about our friendly cartoon character Marvin Martian, then look no futher. Check out the quick details below:

Marvin is one of those mysterious creatures that comes out of the sky or up the stairs late at night. You don’t know what he thinks, and you don’t want to know. It is not simple happenchance that he appears to have no character. He is a Martian, and you cannot expect to find much personality in there. I gave him a certain amount of gesture, but he expresses little passion; instead of howling with anger and excruciating pain when his plans lie in ruins, he merely and carefully says, “Oh dear, back to the old drawing board.”

Because he is a Martian, I decided that Marvin should be dressed as a Martian. My first step in creating the character was therefore to draw the curiously tufted helmet worn by Mars, the Roman God of War, although Marvin could take his version of the helmet off and shine his tennis shoes with it.

Then I figured, black ants are scary, so I put an ant-black face and a couple of angry eyes inside his helmet. The Martian has no evident mouth, but people are rarely aware of that. I then decided that a metal skirt was suitable wear for a God of War, and–suitable or not–putting tennis shoes on an ant seemed like a good idea, so I gave Marvin a pair of tennis shoes, like a lot of my characters. – Chuck Jones 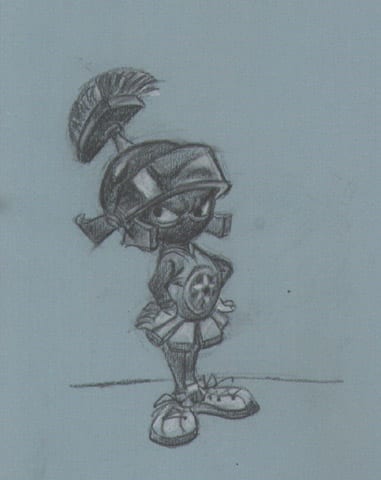 You read that correct! If you are a collector and you love Marvin Martian, you can find the best orignal and certified art work to hang on your favorite character wall! Look at all the options below and as always, ask us any questions!

We know you love Marvin Martian! We can’t live without him! That is why you want to grab your favorite hat, apparel, cup, and more at the Amazon store dedicated to our friendly alien character Marvin Martian! 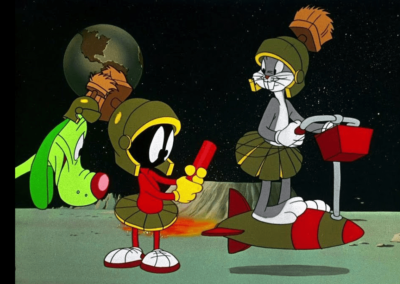 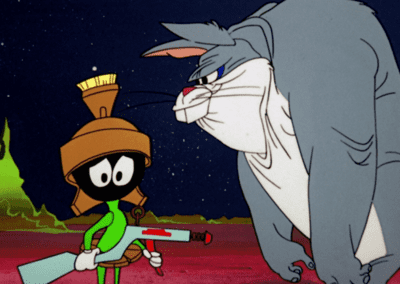 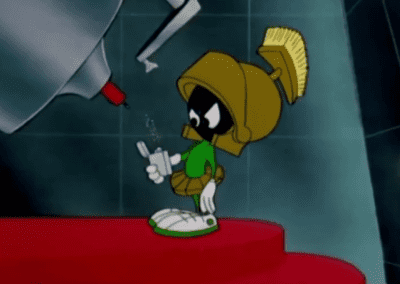 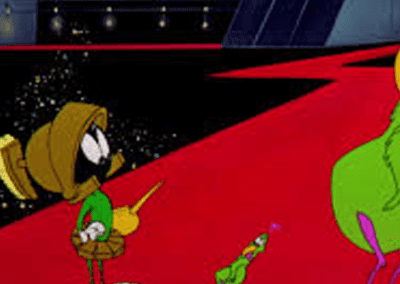 Getting Marvin Martian to your screen at home is as easy as signing up! Click the image below to get started on the funnest plan for you and your kids (and grandkids) to enjoy Marvin Martian at his best! You will be laughing all day long with the things he says that get stuck in your head. Click below to have super fun: