All about Daffy Duck!

Bugs talks, Daffy talks too much 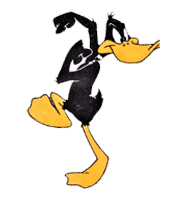 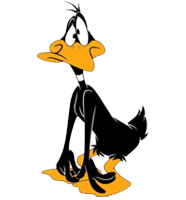 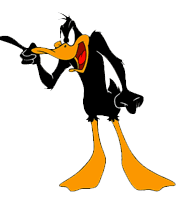 Who is Daffy Duck? Although Daffy was created by Tex Avery, it was Chuck Jones who re-invented Daffy’s persona as a greedy, self-centered duck, as exemplified in Rabbit Seasoning and Ali Baba Bunny. Daffy first appeared in Porky’s Duck Hunt, released on April 17, 1937. The cartoon was directed by Tex Avery and animated by Bob Clampett.

If you are looking for quick and dirty details about our friendly cartoon character Daffy Duck, then look no futher. Check out the quick details below:

To draw Daffy, get out your old swim fins, draw them, and hang a duck on the drawing. When necessary, he can look like a human being, but I like him to be bird-like. I might draw tiny breaks where the feathers show at his shoulders and elbows, but the breaks are less noticeable than on the Coyote, as feathers cling more tightly to the body than fur.

This detail is not strictly necessary; I break Daffy’s feathers because I want to and because it gives character to the animal. Also, unlike so many animated characters, Daffy doesn’t wear gloves. His hands have a thumb like a human thumb and pointy fingers that are a cross between human fingers and a bunch of feathers. In a human head, the upper teeth are anchored to the skull (until the dentist has his way with them), while the lower jaw–complete with teeth– can move independently.

Daffy’s upper bill, like that of the Road Runner or any other bird, is in effect his upper jaw, built right onto the skull and an immovable part of the structure. His lower bill is hinged to the skull and can move freely up and down. – Chuck Jones 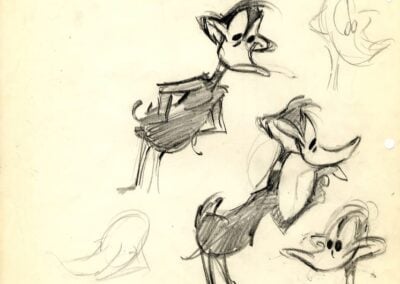 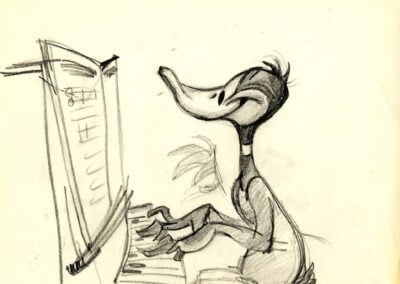 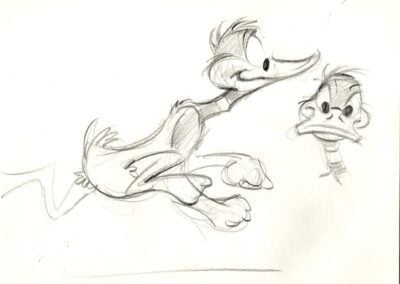 You read that correct! If you are a collector and you love Daffy Duck, you can find the best orignal and certified art work to hang on your favorite character wall! Look at all the options below and as always, ask us any questions!

We know you love Daffy Duck! We can’t live without him! That is why you want to grab your favorite hat, apparel, cup, and more at the Amazon store dedicated to our friendly duck character Daffy Duck! 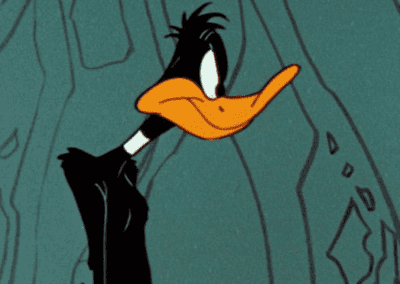 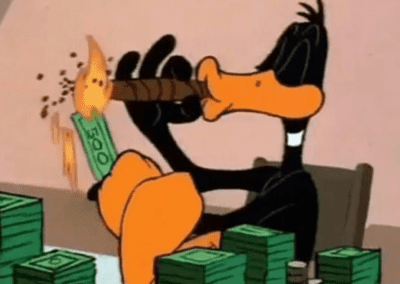 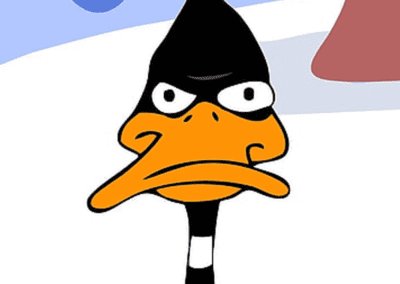 Getting Daffy Duck to your screen at home is as easy as signing up! Click the image below to get started on the funnest plan for you and your kids (and grandkids) to enjoy Daffy Duck at his best! You will be laughing all day long with the things he says that get stuck in your head. Click below to have super fun: