All about The Three Bears!

All in the [Bear] Family. 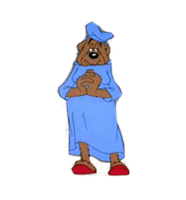 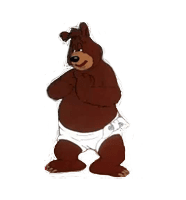 Who is The Three Bears? The Three Bears are a family that consists of Henry Bear (Papa Bear), Mama Bear and Junyer Bear. The Bears’ cartoons most significant impact was perhaps on Chuck Jones himself, as these films (along with the Hubie and Bertie and Charlie Dog shorts) represent some of Jones’s earliest work which were strictly intended to be funny.

Character Details for The Three Bears

If you are looking for quick and dirty details about our friendly cartoon character The Three Bears, then look no futher. Check out the quick details below:

The Three Bears are fun characters to work with but hard characters to draw, because their form reflects their character in a way that Bugs’s or Daffy’s form does not. Papa Bear has to be ready to explode, and sometimes he does. Mama Bear must look like a slattern, and Junyer appears to be what he is — an oversized baby.

In their traditional role, the Three Bears are paid, in a way, to go out and be the Three Bears with Goldilocks, but they also have a home life, which is what we encounter in the cartoons. Not only does the bear family contrast with our idea of normality, the three bears are in contrast to each other as well. They are the negative of the ideal American family, a prefiguration by several years of such early dysfunctional-family television sitcoms as All in the Family. There is the small, angry father, the same dowdy mother, and the bid, dumb child.

My own experience as a father inspired at least one of these cartoons. A Bear for Punishment, in which Baby Bear forces his father to submit to the dubious joys of being pampered on Father’s Day, is based on my own efforts to escape a Father’s Day breakfast of scrambled eggs lovingly prepared for me by my daughter, Linda, when she was about six years old. 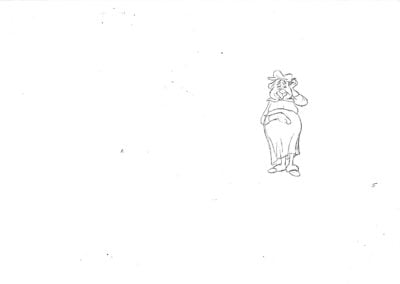 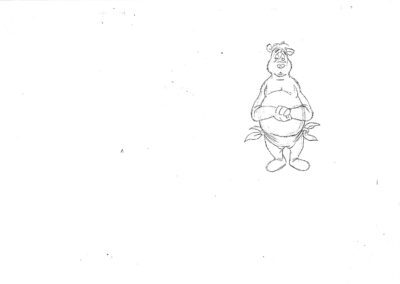 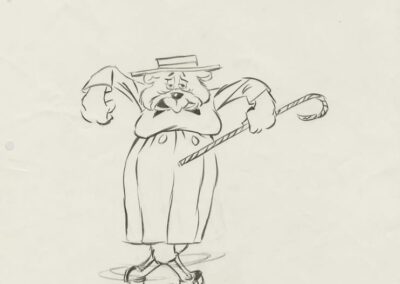 You read that correct! If you are a collector and you love The Three Bears, you can find the best orignal and certified art work to hang on your favorite character wall! Look at all the options below and as always, ask us any questions! 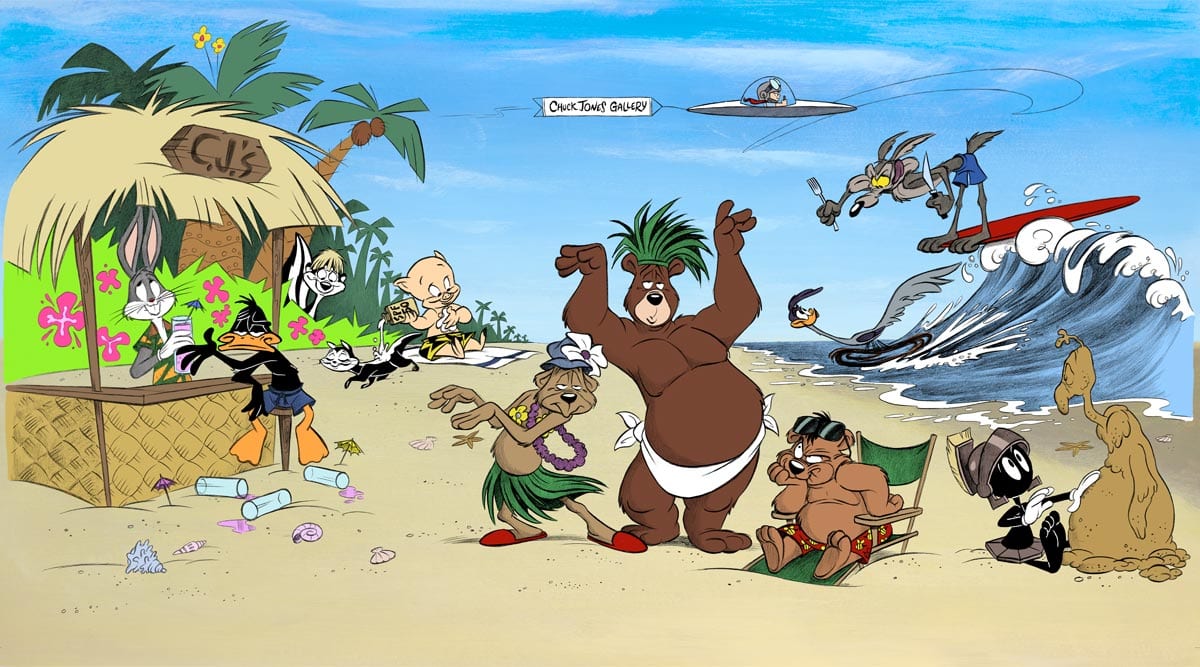 We know you love The Three Bears! We can’t live without him! That is why you want to grab your favorite hat, apparel, cup, and more at the Amazon store dedicated to The Three Bears! 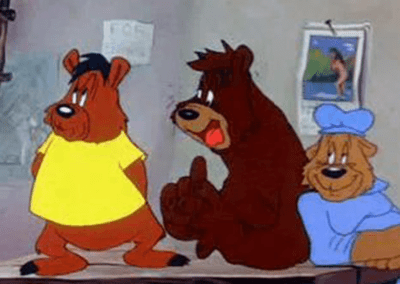 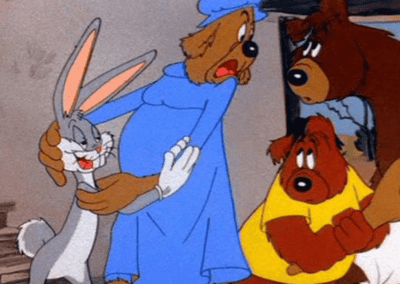 Getting The Three Bears to your screen at home is as easy as signing up! Click the image below to get started on the funnest plan for you and your kids (and grandkids) to enjoy The Three Bears! You will be laughing all day long with the things they say that get stuck in your head. Click below to have super fun: