All about Michigan J. Frog!

Hello my baby, Hello my darling, Hello my ragtime gal. 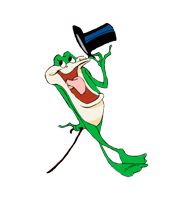 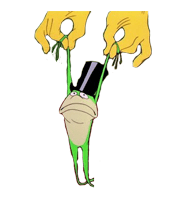 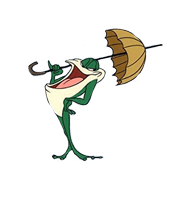 If you are looking for quick and dirty details about our friendly cartoon character Michigan J. Frog, then look no futher. Check out the quick details below:

A slinky, slimy green amphibian made cartoon history when it premiered in movie theaters across the country on December 31, 1955.  Unnamed at the time, the singing frog tormented and abused the man who discovered him, driving him to rack and ruination in just six and a half minutes.

“I felt I had to make the frog believable in a very short time, so when he pulls himself out of the tin he slips a little bit, and when he blinks he blinks upward.  That may sound ridiculous—who knows that is the way amphibians blink?  I know it, so I have to put it in, and you’d better be impressed!”—Chuck Jones, Chuck Reducks

It is but a frog after all, and without believability it wouldn’t have been as shocking as it was, when seconds later it burst into “Hello my baby, hello my darling, hello my rag-time gal…”  The true hallmarks of the Jones genius was, is, that always there must be believability, without which none of these fables would have the life they do.

Inducted into the National Film Archives of the Smithsonian Institution in 2003, One Froggy Evening joins two other Jones masterpieces there, What’s Opera, Doc? and Duck Amuck confirming their classical immutability.   Subtle and grandiloquent at the same time, One Froggy Evening’s silent-movie story (except for that singing!) is one of Chuck Jones’ most celebrated and brilliant masterpieces. 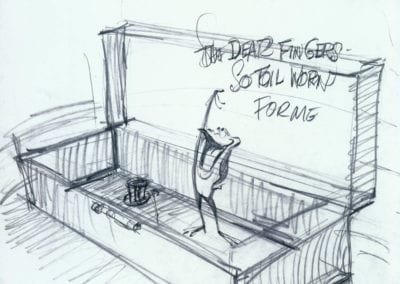 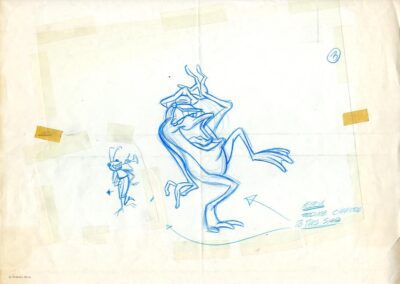 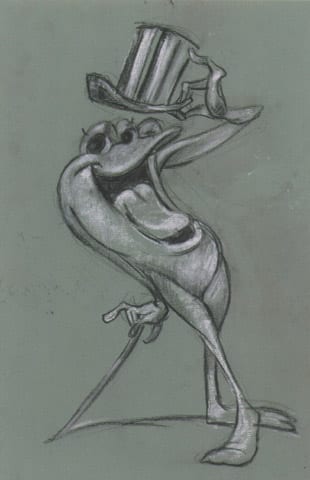 You read that correct! If you are a collector and you love Michigan J. Frog, you can find the best orignal and certified art work to hang on your favorite character wall! Look at all the options below and as always, ask us any questions!

We know you love Michigan J. Frog! We can’t live without him! That is why you want to grab your favorite hat, apparel, cup, and more at the Amazon store dedicated to our friendly frog character Michigan J. Frog! 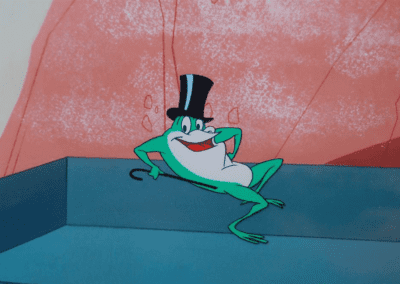 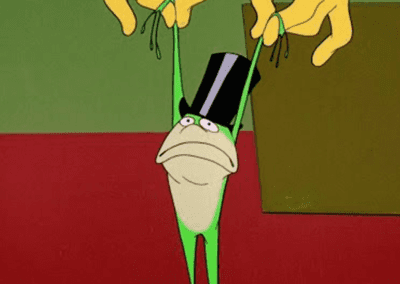 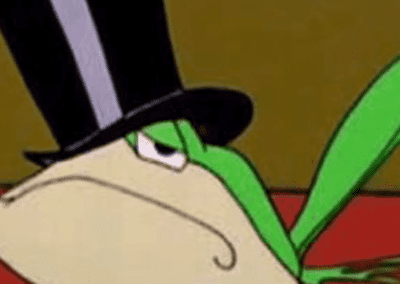 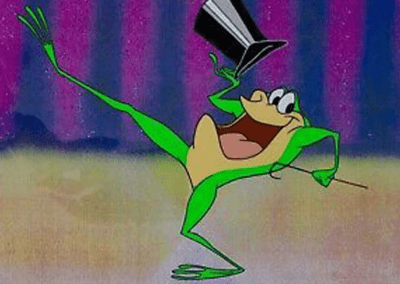 Getting Michigan J. Frog to your screen at home is as easy as signing up! Click the image below to get started on the funnest plan for you and your kids (and grandkids) to enjoy Michigan J. Frog at his best! You will be laughing all day long with the things he says that get stuck in your head. Click below to have super fun: